5 Innovative Ideas That Are Transforming Education in Africa

5 Innovative Ideas That Are Transforming Education in Africa

We live in exciting times where our daily lives are dominated by innovation.

The education landscape is also gradually changing as new ideas, inventions, and new ways of teaching become the norm.

It’s worth noting that innovation does not only mean technology, but it encompasses any creative, new way of doing things. If it improves learning, processes and systems, or solves a real problem, then it is innovation.

We want to highlight some of the ways in which creativity has been applied to solve two particularly serious problems that have plagued education at all levels – primary, secondary and tertiary.

These two serious problems are: high and unaffordable fees; and lack of access to learning materials for pupils.

So, here are some of the most innovative ideas we found that are changing the way people learn in Africa, and transforming the continent’s education landscape. 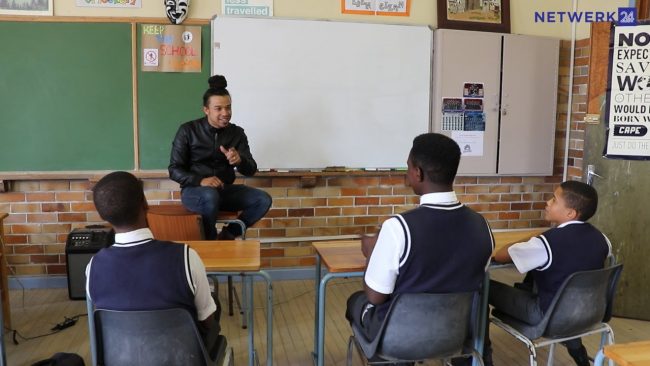 One of the biggest flaws in the education system is the assumption that all children learn in the same way. That same single, age-old learning method of sitting behind a desk and absorbing facts and numbers is still used across the world.

While this technique works for some learners, it does a disservice to others, who are left feeling academically inadequate.

A math teacher in Cape Town, South Africa, is turning the traditional teaching method on its head.  He is using rap music to help learners remember their multiplication tables.

Kurt Minnaar, a former hip-hop dancer and choreographer, has creatively come up with a system of turning math concepts and numbers into hip-hop lyrics – a language that his grade 8 learners understand very well.

“There are four types of learning methodologies – kinesthetic, visual, audible and the traditional reading and writing.

“When you fuse creativity into lessons, you cater to more pupils, and more will understand because now you’re speaking their language. Whereas, if I just ‘chalk and talk’ and stand there in front of a class, it predominantly only caters to one type of pupil, who are also in the minority.”

Minnaar used to struggle with math in school. At the time, he thought he was incapable of grasping the complexities of the subject but later realised he needed a different way of learning.

He says his students are incessantly in a cheerful mood as they come to class eager to break it down to his rhymes. The pupils’ marks have also improved, says Minnaar.

Mobile Schools: Travel with your school! In some parts of Africa, the tradition of nomadic pastoralism is still alive. People move from one location to another in search of grazing lands for their livestock. For children who grow up in such families, the on-the-go lifestyle proves to be a barrier to education as they struggle to attend school regularly.

Fortunately, for some nomadic school children in Kenya, access to education has become easier as they can now move around with their school!

In 2010, the Kenyan government joined forces with UNICEF to launch mobile schools which brought education to learners whose families had to relocate frequently in order to survive.

As part of the initiative, teachers now live and travel with the nomadic groups, setting up tents and temporary schools.

The mobile schools normally plan their calendar around rainfall patterns. Most of the learning takes place during the rainy seasons when children do not have a lot of household chores.

Crowdfunding fees with Feenix: School fees is no longer an excuse

The #FeesMustFall protests in South Africa shone a glaring spotlight on the issue of the rising costs of education.

Many students across the continent struggle to pay for their education, with a large proportion dropping out of school for financial reasons.

In an effort to help students who cannot afford high university fees, crowdfunding initiatives have mushroomed. Feenix.org is an online platform which allows donors to donate money to students registered on the site.

To date, 1068 live student profiles have been uploaded onto the platform which features their biographies and fees statements.

Once a profile and fees have been verified it, it becomes visible to anyone who visits the site. With the minimum donation set at R100 (US $7.5), anyone is welcome to make a donation.  85 Students have been fully funded since this initiative started.

To date, R4.3 million has been raised by 744 funders (of which consists both individual and business funding).  Donors are also required to upload their information and go through a verification process.

E-learning is growing: There is now an app for that!

Technology is transforming education in Africa at an unprecedented rate. With the rapid growth of mobile learning, the e-learning market is set to be worth well over US $530 million by 2018.

E-learning is not only helping students learn better, but it is also giving underprivileged learners inexpensive access to educational content.

In Kenya, adoption of e-learning is happening at an impressive rate.  Schools in low-income areas are using technology to boost their learning.

In Nairobi’s Kawangware area, students are using eLimu, an app for primary school learners to learn and revise for their exams. The platform contains educational content in the form of locally-produced and culturally relevant videos, animations, songs, music, games and quizzes to improve learning.

One of the other successful e-learning platforms in Kenya is Kytabu, a textbook subscription platform that provides low-cost digitalised books to millions of students.

Learning through Robotics: It’s never too early to get started 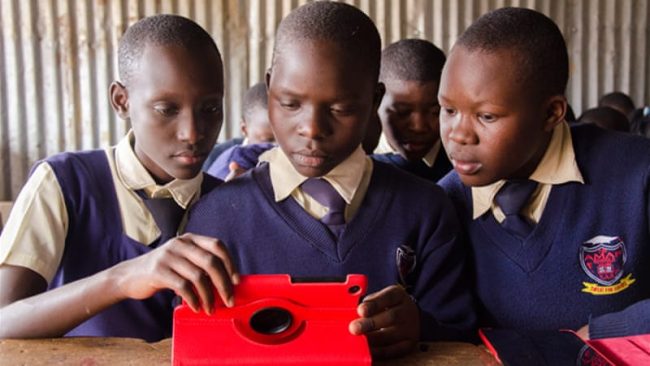 Ghanaian company, Metro Institute of Innovation and Technology (MIT), offers school children training in robotics and mobile app development.  Their aim is to promote science and entrepreneurship in this way.

The company applies innovative ways to introduce technology to learners and help enhance their learning.

Offering lessons to children of all ages, MIT established the National Robotics Summer School.  Attending this school, learners can take their science skills to the next level by programming robots and designing games.

“We’re trying to use robotics as a tool to inspire the study of science and math, to relate classroom theories using robots so that if we’re talking about a scientific principle, they [the learners] shouldn’t just memorise the facts,” explains Ben Nortey, Founder and CEO of MIT.

While illiteracy rates on the continent as a cause for worry, there is no doubt that the advance of innovative ideas and initiatives, like the ones revealed in this article, would enable Africa leapfrog its traditional and legacy education systems.

When more people are empowered with the knowledge and skills they need, they can more sense of the world around them, and take advantage of economic opportunities.

The future of Africa’s education is already in the making.