The 5 Biggest Reasons Why Your New Year Resolutions May Not Work in 2016. And How To Avoid Them!

The 5 Biggest Reasons Why Your New Year Resolutions May Not Work in 2016. And How To Avoid Them!

Have you made any resolutions for the new year?

I had never really been a huge fan of New Year Resolutions until I found out that people who make resolutions are 10 times more likely to change their lives than those who don’t.

Surprised? I was too.

But before I go ahead to tell you more about New Year resolutions and why they don’t work for most people, I’d like to share a quick story with you.

My friend Shola (not his real name), is a heavy smoker. Last I checked, he maxes out no less than 2 packs of cigarettes on an average day.

Over the years, his smoking habit has taken its toll on his physical health. And his doctors have severally advised him to take urgent steps to curtail this habit.

On the 2nd of January this year, we chatted over the phone and he was excited to tell me that his Number One resolution for the new year is to finally quit smoking.

He’s a very funny, interesting and intelligent character. And I really wish he could achieve his goal to quit smoking.

So, I decided to do some research into the real reasons why most people make, but don’t stick to their new year resolutions.

Is it laziness, or simply just a lack of will?

Whether you want to lose weight, save or earn more money, quit your job, start a business, read more books or quit smoking (like my friend), it turns out that many of us (myself included) make promises to ourselves in January that we hardly keep by December.

If you’re interested in finding out the biggest reasons why most of us don’t keep our resolutions, this article will be a rewarding investment on your time.

Did you know that just about one in ten (about 8 percent) of people who make New Year Resolutions actually stick to them until the end of the year?

Very shocking indeed! That’s according to a study by the University of Scranton in the Journal of Clinical Psychology.

Here’s another very interesting thing researchers have found about the success rate of people’s resolutions:

“The first two weeks of the year usually go along beautifully, but by February people are backsliding. And by December most people are back where they started—often even further behind.”

So, you see, many people have good intentions for themselves when they make resolutions but it appears they lose steam and hardly ever stick to their goals throughout the year.

Now that we know the odds of success are stacked against us when it comes to New Year resolutions, I’d like to share with you the top five reasons why most people can’t keep their resolutions, and how to avoid these ‘traps’.

By looking out for these traps, you can successfully stick to your goals from January to December.

1.  Your resolutions are too vague 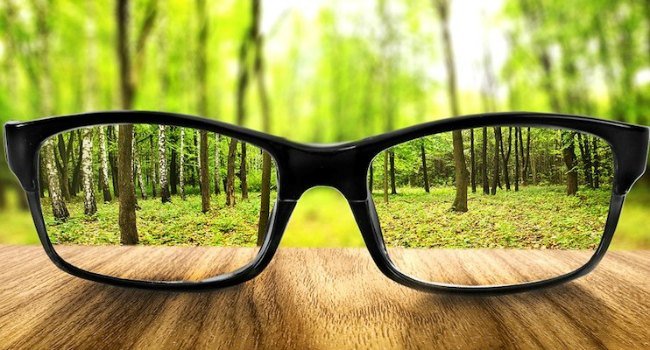 According to this piece of research, the more specific you make your goals, the more likely you are to succeed.

In his words, my friend’s resolution is to ‘stop smoking’.

After years of habitual smoking, you can’t just ‘stop smoking’. You ordinarily shouldn’t just go from smoking two packs of cigarettes to none.

Breaking this kind of habit requires a gradual approach to avoid the mental roadblock and withdrawal symptoms that could get in your way.

‘I will smoke only five sticks of cigarette a day’ sounds more like a specific resolution.

If you’re able to achieve this ‘specific and reasonable’ target this year, then you can increase your target until you finally achieve your goal of ‘zero smoking’

Want to lose weight? Set a target to lose 5, 10 or 20 kilograms during the year.

Want to read more? Make a resolution to read one, two or three books a month.

Whatever your goal, be specific and reasonable! Your results are more measurable and more predictable that way. What’s more, being specific will boost your drive and confidence that will help to achieve your goals.

2. You’ve made too many resolutions 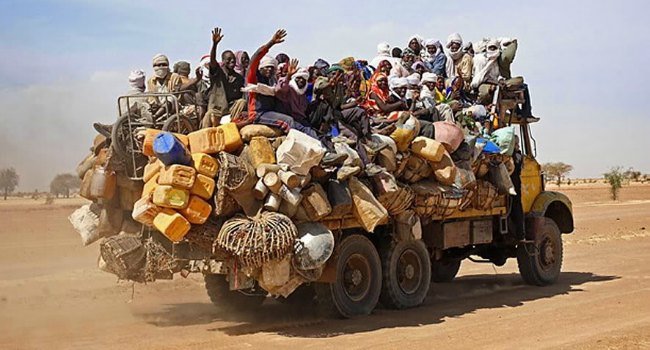 Don’t let the excitement of the new year get the best of you. That laundry list of resolutions you’ve made is bound to backfire!

According to a study done by Stanford University, the more goals we make, the less likely we are to achieve them.

It can be tempting to try everything on your list, but that’s a losing strategy. For best results, focus on just two or three goals. Few goals keep you focused and less overwhelmed.

Don’t forget, you can always do more next year, or add a new goal when you achieve the ones on this year’s list.

3. You’re hanging out with the wrong people 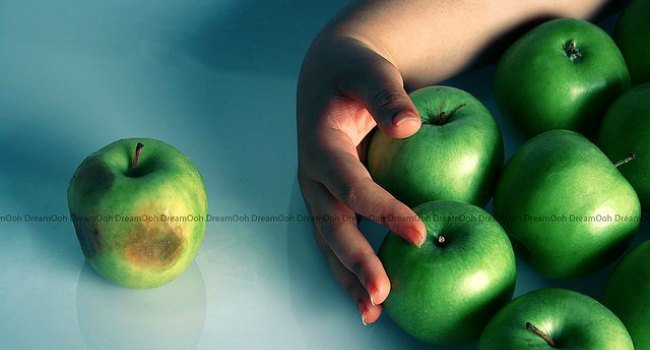 Jim Rohn, one of my favourite authors wrote: ‘You are the average of the top five people you spend the most time with.’

It doesn’t matter how specific, focused and serious your resolutions are. If you’re hanging around the same people who have the old habits you’re trying to leave behind, it’ll only be a matter of time before they draw you back.

We are heavily influenced by the people around us; at home, at work and in our social circles.

One of the best ways to make sure you meet your resolutions is to spend more time with people who encourage and share your new way of thinking. Their positive influence will rub off on you and help you to stay faithful to your new resolutions.

So, if you have friends whose behaviours, habits and lifestyle don’t support your new goals, you need to make a resolution to find the right friends! 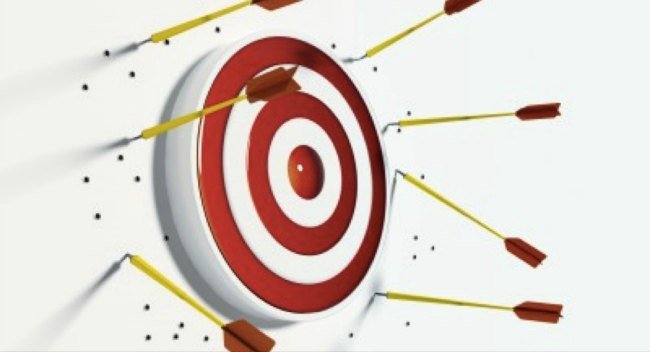 One of the biggest reasons people fail with New Year resolutions is they think they have time. Afterall, there’ll be a lot of time between January and December to reach those goals.

This, my friends, is exactly how procrastination sneaks into our lives and keeps us from sticking to our resolutions.

The surest way to reach your goals is through daily and consistent action.

If you want to lose weight and have chosen to stick to a healthy diet, you cannot eat healthy foods on some days, and eat the ‘bad’ foods on those days you’re ‘not in the mood’.

If you’re planning to save up $10,000 in the new year, you cannot save money on only those days that you feel like.

The only way you’ll make resolutions and keep them is through consistent daily action. No matter how small these actions are, they always add up.

Consistency is the key.

5.  You’re not setting yourself up for success 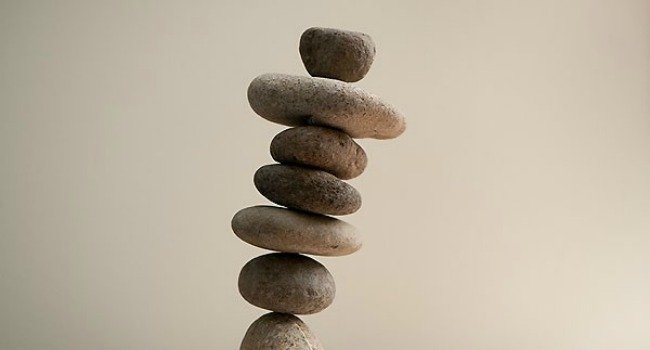 One of the reasons I’m overweight is because I binge eat, especially at night. My wife would often find me rummaging through the refrigerator, or warming food in the microwave at 1 a.m. in the morning.

So, this January, I’ve stocked up on fruits, vegetables and healthy low-calorie snacks. I have also locked away all the sugary snacks and drinks from sight.

That way, even if I sleepwalk to the fridge at night, the only things available to eat will be an orange, apple or something healthy.

That’s how I’m setting myself up to lose weight this year. And I’m hoping it works. 🙂

If your goal is to save up some money this year, set up a system that makes it easy for you to deposit money in your safebox or piggybank, but very difficult to take money out.

If you want to read more books this year, set yourself up for success.

The way I do it is to leave books in the toilet, by my bedside and in my bag. So, whenever I’m in a place where all I have to do is just sit or lie down, there’s always a book around to read.

You just need to find a plan that sets you up to succeed with your resolutions.

Are you serious about reaching your New Year resolutions?

Like I said at the beginning of this article, people who make resolutions are 10 times more likely to cause positive change in their lives.

Every new year is an opportunity to create a new direction in different areas of your life; physically, financially, socially, intellectually etc.

But don’t forget, just about one in eight people will keep their resolutions from January to December. For those who don’t, it’s often due to the five traps you’ve just read.

Now that you know what they are, it is my hope that you’ll avoid them and succeed with your resolutions this year.

I wish you a fruitful and very rewarding year!