How did Colin Thornton transform a million dollar business idea from his parents’ garage? You’re about to find out!

One of the easiest ways to make money in Africa is to find a fix to a problem that people will pay for.

Just like we revealed in our popular article, 3+ Guaranteed Ways to find Profitable Business Ideas in Africa, huge business opportunities lie in many of the simple and complex problems that affect people every day.

It appears computers are a common source of frustration in our daily lives since many of us are not ‘nerdy’ or tech savvy. To make matters worse, the technology in our gadgets, smartphones and computers is changing so fast nowadays that it’s often a full-time job for many people to keep up.

Unlike the rest of us however, Colin Thornton has always loved to take computers apart and fix them from an early age.

Starting at only 20 years old and working out of his parents’ garage, this inspiring Smallstarter has built a remarkable business which makes over $10 million in revenues today.

Colin was already in love with computers and had a lot of experience working with them before he enrolled into university. It was this love that drove him to study Computer Science at the University of the Witwatersrand in Johannesburg, South Africa.

However, this school experience didn’t turn out to be exactly as he had expected. He found his courses too boring because they were just so full of theory.

He wanted to do real work and enjoy the satisfaction of ripping real computers apart. The university degree wasn’t giving him any action (and satisfaction) so he packed his bags and ‘dropped out’ of school.

Does this story sound familiar to you? 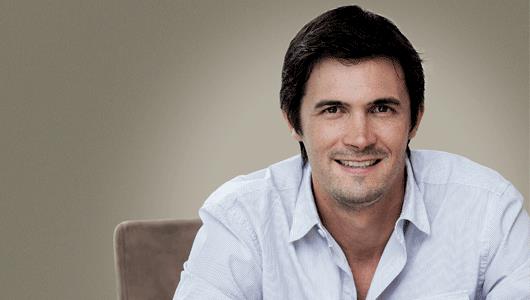 Out of school, broke and only 20 years old, Colin decided to do what he knew best – fix computers.

Borrowing 5,000 Rand (about $1,000 at the time) from friends and family, he printed fliers and distributed them within his neighbourhood to let everyone know about his services.

Business started slow and was run from his parents’ garage where he repaired and serviced the computers of his first clients.

At a very competitive fee of $7 per hour, business started to pick up and he had to hire some extra help to satisfy the growing orders he was receiving. His ‘small’ business was getting bigger and needed to expand… and that’s how his company, Dial-A-Nerd, was born! (photo credit: entrepreneurmag.co.za)

Dial-A-Nerd has built a consistent reputation as the go-to experts and professionals for fixing computer problems. Its technicians travel to private homes to solve computer problems which often range from downloading music on iPods (yeah, there are people who walk this earth who can’t do that) to more technical stuff like repairing broken down computers and removing viruses.

By going over to people’s homes to solve their problems, Dial-A-Nerd created a niche business that no other service or company had been exploiting. Awesome!

Don’t we all have those moments when our computers really drive us crazy?! Most people will gladly pay anybody who can fix these problems and take the curse away!

Today, Dial-A-Nerd’s team of mobile technicians can build, repair, upgrade and even replace computers and gadgets at home and office premises.

According to Forbes, the company has yearly revenues close to $10 million, with over 150 staff operating from more than 10 different locations in major cities and towns in South Africa.

The company now services over 200 small and medium-sized businesses and a handful of large corporates in its portfolio.

Although it has its roots in fixing computers, Dial-A-Nerd has now offers a wide range of services including: network maintenance, server design and maintenance, consultancy, design and implementation, and cloud solutions.

Colin Thornton and his company have come a long way from the humble ‘garage’ beginnings back in 1998. In 2011, Dial-A-Nerd won the first prize in the IT and telecommunications category of the South African Service Awards, and was featured on CNN Africa in the same year.

Colin was named among the ‘Top 200 Young South Africans you should take to lunch in 2011’ and was recently featured in the Forbes list of Ten Young African Millionaires To Watch In 2013. Here’s Colin in the short (1-minute) video during a shoot for Brand South Africa.

3 important lessons we should learn from Colin Thornton’s success…

While the journey from his parents’ garage to enviable offices in key cities of South Africa sounds like an easy and jolly ride, we trust that you’re not so naïve.

Successful businesses often have a formula that makes them succeed where others have failed. We’re not talking about luck or magic, although you can call them ‘secrets’.

Yeah, let’s look at some of the ‘secrets’ that have helped Colin to build Dial-A-Nerd into a multi-million dollar business!

#1 – It’s all about building a business; not being a nerd…

The problem with most nerds (skilled people) is that they’re so focused on fixing stuff that they lose sight of the endgame – building a lucrative business.

Because they’re the only ones who can get the job done (and often won’t teach others to be just as good as they are), they are often stretched beyond their own limits and the business never grows.

In fact, they usually turn out to be fully self-employed; any day they don’t show up for work, nothing happens. Sad, really sad.

So, what did Colin Thornton do differently?

He got like-minded nerds on his team who could do just as good a job as he could personally do. This allowed him to ‘multiply’ his presence and efforts which meant that he could satisfy more clients without being physically present.

By hiring the right people and trusting them to do a great job, Colin was able to build and grow a huge business rather than remain the typical nerd who works alone.

Today, his company has over ten branch managers in several locations who make decisions on their own. Colin advises, trains and mentors them. He has used the magic of ‘people power’ to build a business out of a one-man garage adventure!

This secret might look obvious but it’s a trap many gifted and skilled people often fall into. Not avoiding the temptation to work alone is one of the biggest reasons why many skilled people never build successful businesses.

There’s only so much you can do alone, but with a solid team, you can move mountains!

#2 – Great customer service can do wonders for your business! 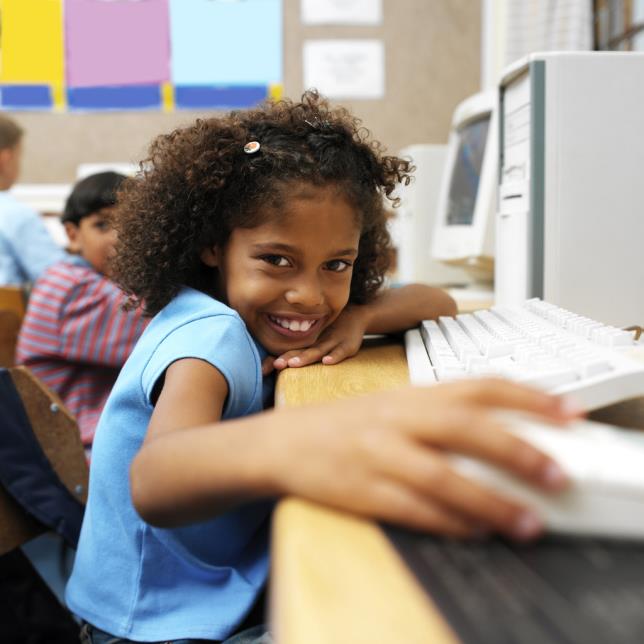 Nerds are typically not the most sociable or friendly people you can find around. However, the techs at Dial-A-Nerd are a hybrid – they speak both geek and human languages. Awesome!

Good communication is very important in understanding a customer’s needs especially when it comes to the world of computer jargon.

Dial-A-Nerd got this part right from the start by understanding that nerds need to simplify their language so that ordinary people with computer problems don’t get frustrated.

It’s not a surprise that more than 60 percent of the company’s new orders come from word-of-mouth advertising by satisfied customers.

Because they got their customer service right, most of their clients often ask for their opinions and recommendations when they need to buy new gadgets and computers or upgrade old ones.

The sad mistake most service startups make when they don’t treat their customers well is that they think they will always get new customers.

Well, I don’t think they have ever heard about the word ‘competition’.

How would you get new customers if a bigger, better, cheaper and fancier service decides to enter your market and compete against you?

The market place is crowded with businesses that do the same thing. To stand a chance of success, you will need to think of ways to make your services different.

Is it common in your area for customers to bring their broken stuff to technicians for repairs? Well, why don’t you do something different by asking them to call you when they have a problem so you come over to their premises to fix it?

People want their problems solved, but they’re willing to pay extra (and remain loyal to you) if you can take out the stress and make it convenient for them.

Colin created a thriving business because he modeled himself as the ‘neigbourhood computer doctor’ – someone you could call if you had any problems with your computer and he’ll come over fast to fix it. Now that’s value! And value is what customers really appreciate and pay for.

You need to start looking for ways to stand out from your competition and make your services different.

Do you have skills that can be built into a business?

Although Colin’s success was built on fixing computer problems, there are loads of similar businesses that can copy this success.

Africa has a unique advantage because of the little competition that exists to solve both simple and complex problems that ordinary people have in their everyday lives.

People need help with their plumbing, broken down television sets, torn clothes, cherished clocks, damaged wrist watches and hundreds more. Do you have a skill that can solve a serious problem? (photo credit: businessgross.com)

Solving some of these problems require specialized and technical skills which can be learnt. If you can spend the time and effort to learn these skills, you may be able to carve out a very interesting and lucrative niche for yourself.

Learning a skill about something you’re passionate about can often be a magical combination. You may learn any skill from a school classroom, on the internet (by watching YouTube videos), or signing up for an apprenticeship program. This could cost you money, time and energy but it’s always worth it!

This article was written to inspire you to look out for, and exploit similar opportunities in your environment. You could also explore other interesting business ideas in the Business ideas section of this website!

We would love to hear from you about your successes, challenges, advice and questions. Do not forget to leave a comment in the section below and share this inspiring story with your friends.