Crocodile farming in Africa – An Interesting Niche Business Many People Don’t Know About, and a Success Story from Kenya

Crocodile farming in Africa – An Interesting Niche Business Many People Don’t Know About, and a Success Story from Kenya

Crocodile farming in Africa is a major contributor to the global luxury market for designer handbags, shoes, belts and other leather accessories.

Currently, over one million crocodile skins are traded on the international market every year, exported legally from about 30 countries across the world.

The Nile Crocodile, which is the dominant crocodile species in Africa, is highly valued for its boneless underbelly and soft leather. It’s no surprise that the European market orders over 100,000 crocodile skins from Africa every year.

Asia is another big market for African crocodile skins, where it is used to produce non-branded leather products.

In this article, I’ll explore the crocodile farming business opportunity in Africa and why the demand for crocodile products is on the rise both within and outside Africa.

How large is the crocodile farming business in Africa?

Southern Africa dominates the crocodile farming business on the continent. South Africa, Zimbabwe, Zambia and a few other countries in East Africa (especially Kenya) are home to the biggest crocodile farms in Africa.

The region exports over 250,000 crocodile skins every year.

Crocodile farms in Africa predominantly breed Nile crocodiles, which can grow to a length of 20 feet and weigh as much as 400 kilograms. Nile crocodiles are the second-largest crocodile breed in the world, after the saltwater crocodile.

In South Africa, there are about 50 registered crocodile farms with over 500,000 crocodiles. Every year, the country exports over 80,000 crocodile skins, worth $12-16 million.

Zimbabwe is another major producer of crocodile skins. In Zimbabwe, crocodile skin exports are worth close to $30m, as they are sent – mainly to Europe – to be crafted into handbags, boots and other accessories.

While the crocodile farming business can be very lucrative, it is quite an expensive, niche business, requiring expertise, working capital and patience.

Setting up a profitable farm can take over five years and owners must invest in specially-designed diets for the animals, in order to succeed.

Why the high demand for crocodile products?

Crocodile products have a wide range of uses in different parts of the world.

While crocodiles are largely farmed for their skins, for leather production, there are other uses for crocodile parts.

However, the main by-product of crocodile farming is meat. Other crocodile parts are also used for various reasons including: 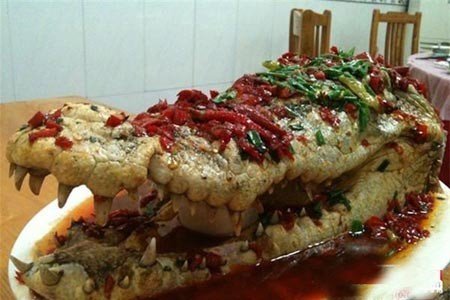 Crocodile meat is considered an ‘exotic meat’ and is sold commercially to top-end restaurants abroad, most notably in Europe and the Far East.

The Chinese attribute medicinal powers to crocodile meat and it is largely considered to be a cure for ailments like respiratory diseases.

Crocodile meat is also becoming a popular exotic food in South Africa and it often features on the menu for tourists and adventurous foodies. However, there remains a strong upside potential for crocodile meat on the continent.

These skins are most usually used to make handbags, shoes, belts, wallets and even jackets for tablet devices like iPads.

Lower grade crocodile skins, which do not meet the high quality standards and requirements of European luxury brands, are usually sold to clients in the Far East, especially China, where it’s used to make low-end non-branded leather accessories.

There is a great demand for Nile crocodile skin, although the industry is quite vulnerable to changes in the economy.

Crocodile farmers around the world took a big knock during the last economic recession, and because the industry is export-based, profitability is largely dependent on the exchange rate.

The European luxury market consumes between 80,000 to 100,000 Nile crocodile skins a year and analysts forecast a 7-8 percent growth in luxury goods, including crocodile leather goods, over the next three years. (source: Le Croc farm & Tannery).

Daniel Haller is one of Kenya’s most successful crocodile farmers.

For the last 20 years, he has been farming Nile Crocodiles from eggs laid by wild crocodiles along the banks of the local Tana river where he engages local residents to collect the eggs between December and January.

Haller keeps up to 40,000 crocodiles on his farm and slaughters between 4,000 and 5,000 reptiles each year. He sells the crocodile skins to a leather company in Singapore and sells the meat to tourist hotels and the local community. 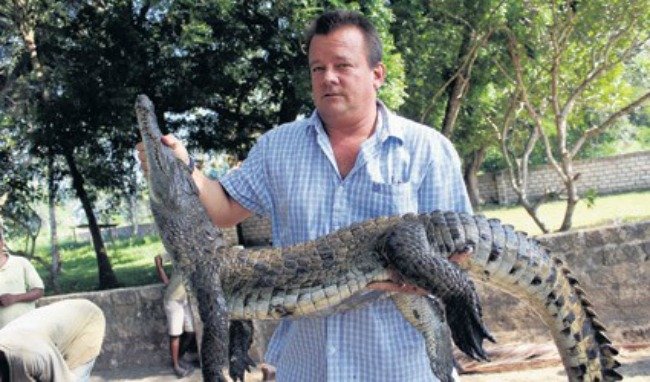 David Haller with one of his Nile Crocodiles (Photo credit: Laban Walloga, Nation.co.ke)

Haller got the inspiration to rear the animals from his father, a renowned environmentalist who introduced crocodiles to eat dead chicken and sheep on his farm in the 1970s to avoid wastage.

Haller partnered with a local entrepreneur to start the crocodile farm business in 1996. They got a loan of $380,000 from the European Investment Bank, and his partner contributed the money to purchase the land. They later got a licence from the Kenya Wildlife Service (KWS) to practice crocodile farming in the country.

Haller uses up to 6,000 kilograms of food daily to feed his 40,000 crocodiles. He feeds the reptiles on animal innards from slaughter houses, cooked maize mixed with blood, meat and fish.

Crocodile farming 101 – A few interesting things about this niche business

While this is not an exhaustive guide to crocodile farming, I’ll share a few interesting tips about the crocodile business. 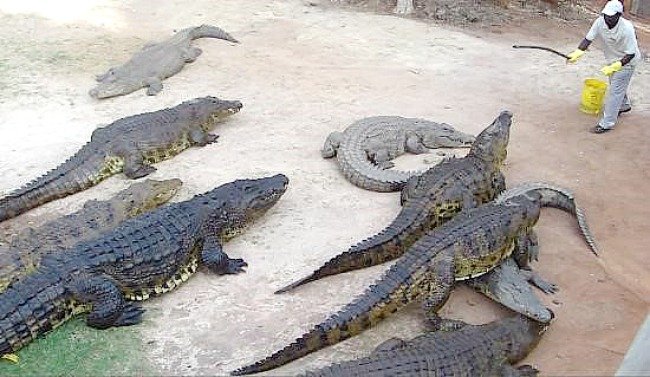 While crocodile farming is open to anyone, the sale of crocodile skins on the international market is strictly regulated by the Convention on International Trade in Endangered Species (CITES).

Before commercial crocodile farming, crocodiles in the wild were almost hunted to extinction for their skins.

Nowadays, due to the strict trade regulations and high quality demands in the crocodile skin market, rendered skins from wild crocodiles are worthless as they do not meet the high standards on the international market. This has helped to save the dwindling crocodile populations worldwide.

While this sounds awful, it’s actually a good thing because it saves feeding costs and eliminates waste in the crocodile farming business.

After mature crocodiles are slaughtered for their skins, only about 10 percent of the meat is actually sold on the market. That’s because the demand for crocodile meat is not yet as high as crocodile skins.

Most often, the excess crocodile meat is fed to other crocodiles because the species is naturally cannibalistic.

Many farmers also feed crocodiles chickens that die on chicken farms. This poses no health risk to the crocodile, but meat from these crocodiles can’t be used for human consumption.

3) It’s an expensive business to start and maintain

It can cost up to $2 million to set up a crocodile farm with 10,000 animals capable of producing 3,000 good quality skins a year.

Apart from the high startup and maintenance costs, crocodile farmers may often wait for up to 5 years before the initial crocodile stocks mature, and can be harvested.

But if you can afford the capital and have the patience to hang on, the payoffs can be huge. One high-grade crocodile skin can fetch up to $150 on the international market.

Here are a few things you should know about how crocodiles live and behave:

Ready to take on the crocodile farming in Africa?

As the global economy grows and more people join the upper and middle classes, the demand for luxury products will likely continue to rise. This presents a unique business opportunity for producers of exotic skins like crocodile and ostrich.

Africa has a unique advantage in the crocodile skin business. The Nile Crocodile species survives well in captivity and its skins are highly sought after in the luxury leather market.

However, success in this business depends on access to significant capital for startup and maintenance, expertise and experience in crocodile behavior, nutrition and biology.

If you enjoyed this article as much as I did doing the research, please share this interesting niche business with your friends using the Facebook, Twitter or Google+ buttons below. 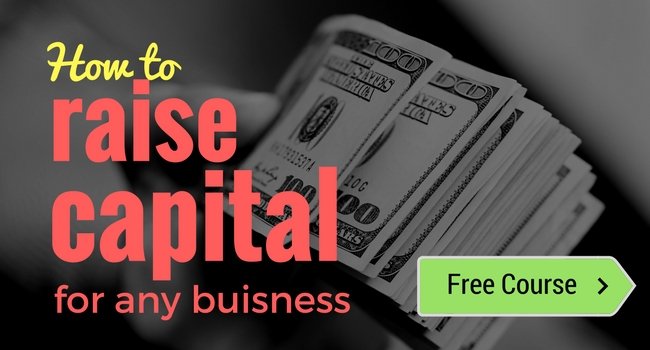