Plastic Shopping Bags Will Soon Be History In Africa. See How This Smart Entrepreneur Is Making Money From The Change…

Plastic Shopping Bags Will Soon Be History In Africa. See How This Smart Entrepreneur Is Making Money From The Change…

Hey there, greetings from Cameroon!

Over the last week, I’ve been touring this beautiful country for a series of seminars on entrepreneurship and small business. It’s been an exciting experience and I’ve been to Bamenda, Douala, Yaounde, Buea and Limbe on this high-energy journey.

I’ll fill you in on the details in another article when I return to Lagos. 🙂

The inspiration for this article came to me a few days ago in a boulangerie (bread and snack shop) in Yaounde, the capital city of Cameroon.

I had bought a few snacks and was quite shocked to realise that I was charged for the shopping bag!

But here I am in Yaounde, and I’m being charged 100 Francs (about $0.10) for a plastic shopping bag that’s supposed to be free (at least, to my mind).

While plastic shopping bags are widely popular as a cheap and effective means of transporting small items, my research shows that its days in Africa are numbered.

In this article, I’ll show you how plastic shopping bags are disappearing across Africa, and how smart entrepreneurs like you are already making money from this trend from the production of environment-friendly alternative shopping bags.

While plastic shopping bags are still widely used in countries like Nigeria and Ghana, this may not continue for very long because plastic bags are becoming widely unpopular on the continent.

Over 15 African countries have either banned, or taxed, the use of plastic shopping bags.

Rwanda was one of the first countries to ban the use of plastic shopping bags in the world. In 2004, Rwanda prohibited shops from giving away plastic bags to their customers. The Rwandan government gave tax breaks for companies to recycle instead of manufacture plastic bags, and created a new market for environment-friendly bags.

Eritrea banned the use of plastic bags in 2005.

In 2013, Mauritania banned the use, manufacture and import of plastic bags. In that country, plastic bag manufacturers could be jailed for up to a year.

Tanzania introduced a nationwide ban on plastic bags in 2006.

In 2007, Uganda introduced legislation to ban the sale of lightweight plastic bags under 30 µm thick and taxes thicker bags at a punitive rate of 120 percent.

In January 2011, Kenya banned the manufacture and import of plastic bags.

In April of this year (2015), Senegal’s National Assembly unanimously prohibited the production, importation, possession and use of plastic shopping bags.

Cameroon, Guinea-Bissau, Mali, Ethiopia and Malawi are also among countries that have limited the use, adopted or announced bans on the use of plastic shopping bags.

Developed Countries Are Learning From Africa

Interestingly, the developed world is following Africa’s lead in getting rid of plastic shopping bags.

While several African countries started banning plastic bags over a decade ago, Europe and North America have only just started making serious moves to ban and reduce the use of plastic shopping bags.

In May 2015, the National Assembly of France approved a bill that would ban plastic bags in all supermarkets and stores, starting from January 1, 2016.

In April of this year, The European Parliament approved rules to clamp down on the use of flimsy plastic bags, removing the last major hurdle to pass the legislation. It would require member states to reduce the use of plastic shopping bags by some 80 percent by 2025.

The U.S. is seeing most bans imposed on local levels, by cities and counties. Over 100 counties and municipalities have enacted ordinances either imposing a fee on plastic bags or banning them outright.

The State of California passed a law prohibiting their use in September 2014.

How one young entrepreneur in Uganda is profiting from the ban on plastic shopping bags.

As more countries on the African continent ban the production and use of plastic shopping bags, there is a lucrative business opportunity to be exploited in producing alternative shopping bags made from environment-friendly and biodegradable materials, like paper.

In Uganda, one young entrepreneur was smart enough to cash in on this business opportunity.

He got the idea to start this business in 2008, after the Ugandan government put a ban on the use of plastic shopping bags in order to reduce the environmental damage it was causing.

Andrew was still in secondary school at the time he started this business, and both of his parents had lost their jobs. So, finding startup capital was quite difficult.

To start the paper production business on a small scale, Andrew figured out he needed about 36,000 Ugandan shillings ($14). He raised $11 from selling 70 kilos of used plastic bottles and then borrowed the remaining $3 from his school teacher.

To learn how to make paper bags, Andrew turned to Youtube and learned how to make durable and high quality paper bags in just a few days.

Today, the business has grown quite dramatically. Andrew’s paper bag company now employs over 20 people and produces more than 20,000 paper bags every week. All the bags are custom-made and produced by hand.

In fact, his company, YELI, has made about 1,000 niche bags for the local stores of the electronics company.‎

In 2012, Andrew won the $30,000 Anzisha Prize, a major award given to young African entrepreneurial leaders who take the initiative to address critical needs in their communities.

He has also been featured on CNN, Forbes and How We Made It In Africa.

Why are plastic shopping bags a threat to Africa, and the world.

For decades, shoppers and businesses have relied on lightweight plastic bags as a strong, cheap, and effective way of transporting items. However, this popular item actually does more harm than good to humans and the environment.

Here are some of the biggest reasons why countries around the world are putting an end to the production and use of plastic nylon bags.

Plastic shopping bags are made from high-density polyethylene (HDPE) plastic. Because this substance does not biodegrade, plastic bags can last up to 1,000 years in the environment as garbage.

Apart from the ugliness and eyesore they constitute around us, it’s very common across Africa’s cities and towns to see sewers, waterways and drainage systems clogged by plastic bags. 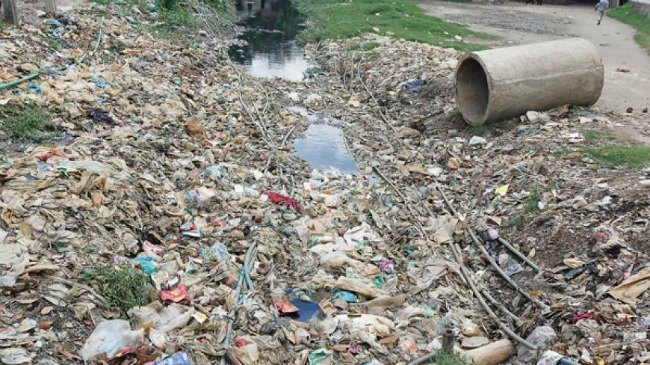 These clogged drains and sewers can cause flooding and severe cases of malaria due to the increased population of mosquitoes that live on the flooded sewers.

2. Threat to livestock and wildlife

According to the World Wide Fund for Nature, over 100,000 whales, seals, and turtles die every year as a result of eating or being trapped by waste plastic bags which find their way to the open seas and oceans across Africa.

In Mauritania (North Africa), more than 70 percent of cattle and sheep that die in the capital city, Nouakchott, are killed by eating plastic bags. This type of economic losses are common in many parts of Africa where livestock often graze in areas with significant waste plastic bags.

Plastic bags are made from HDPE, a derivative of petroleum. Crude oil (petroleum) related activities are a major contributor of carbon emissions which harm the environment and continue to have global climate change impacts.

If the world’s demand for plastic shopping bags continue and increase, it will have a direct effect on the production and demand for petroleum now and in the future.

Are you getting ready for the end of plastic shopping bags?

Like me, many of you reading this may live in a country where plastic shopping bags are still in use. Trust me, with the level of awareness about the huge negative effects of plastic bags on the environment, its use may not continue for long.

Across the world, the plan is to progressively phase out the use of non-biodegradable plastic bags and replace them with biodegradable alternatives.

This presents an interesting business opportunity for savvy entrepreneurs to create valuable alternatives that can replace the popular plastic bags.

Don’t forget, businesses sell, and millions of people buy, stuff like groceries and small items everyday. They’ll need an easy and convenient ‘container’ to package and transport these items. That’s why plastic shopping bags are a billion dollar industry.

Smart entrepreneurs who can provide an alternative to plastic shopping bags will be the kings of this industry.