How To Start A Successful Business In Africa With $100 or Less. Here Are 5 Entrepreneurs Who Did It!

How To Start A Successful Business In Africa With $100 or Less. Here Are 5 Entrepreneurs Who Did It!

There are two myths that are often associated with success in business. One is that you need a considerable amount of capital. The other is that it could take you many years to beat the odds of success when you start with nothing much in hand.

Because of these myths, many people have become paralyzed and as a result, too many never start. If you are one of them, let me today introduce you to five entrepreneurs who made it BIG in Africa with about $100 or less in hand and who now earn a considerable amount after just having started a few years ago.

Their success stories provide an interesting format for those who want to know how to start a business in Africa with little or nothing. I am telling their stories here so you can start believing it’s possible to achieve anything in Africa! Let’s meet them…

Note: This article was originally published by Dr. Harnet Bokrezion of Africajumpstart.com. Dr. Harnet is my business partner, fellow business blogger and co-author of our new and ground-breaking book, 101 Ways To Make Money in Africa!

1. From school drop out to insurance magnate (Kenya) 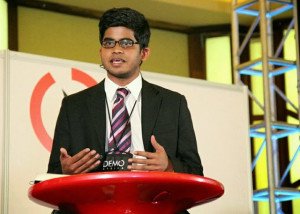 In 2007, Heshan de Silva dropped out of school and as things got worse for him in the US, he joined his parents back in Kenya to get his life back together.

He targeted the bus travel sector in the country by selling insurance bundled with the bus ticket purchase. And it is widely reported in the media that by the end of the year, the business had made 90m Kenyan Shillings (US$1.05m).

Heshan has since invested that money in his new business, De Silva Group, a venture capital firm.

With an incomplete education, no capital, not even a great deal of life experience and yet Heshan made it in a short period of time. He was featured in CNN and Forbes Magazine as one of Africa’s most successful young entrepreneurs. 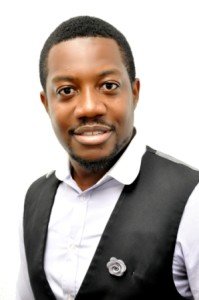 Abasiama Idaresit graduated with an MBA at Manchester Business School and moved back to Nigeria in 2010 to start his own business. Today, he is the Founder and CEO of Wild Fusion, a digital marketing company.

Guess what? He started his company in 2010 with a gift of $250 from his mother and it took him 8 months to make the first deal. Just three years later, Visa, Vodafone, Samsung and Unilever as well as several large Pan-African corporations are his clients and his company is valued at over $6 million in revenue.

Yes, you heard that indeed right; $6 million! And yes, he started in 2010. Wild Fusion has now become Google’s certified partner in Africa!

3. From a broken iPod to a chain of mobile phone repair shops (South Africa) 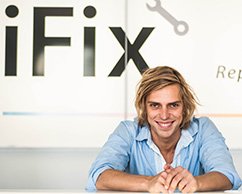 Take Axel Fourie from South Africa. By the time he was 27, he had tried unsuccessfully to set up several businesses.

When his iPod was faulty and he was told by specialists that nothing could be done about it, he searched for a YouTube video online and learned how to fix the iPod himself!

He then put an advert into a local newspaper and offered to fix faulty iPhones and iPads. The response he got exceeded his expectations as he was flooded with calls and requests from potential customers. He knew he was onto something!

Axel opened his company iFix and started fixing iPods and iPhones from his university dorm. This was in 2007. Today, Alex runs a chain of 8 stores and employs 85 people.

He has since expanded his business into manufacturing mobile phone accessories which he exports into 12 countries across Africa. Oh, we forgot to mention the amount of his starting capital. Here it is: Zero! (unless he paid a little for that newspaper ad). 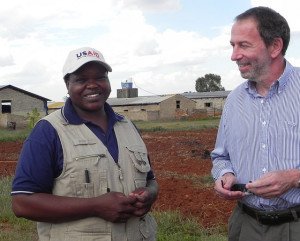 Anna Phosa started her pig farm venture in 2004 in Soweto with about $100 in hand. She bought four pigs with that money after she was introduced to pig farming by a close friend.

A little less than four years later, in 2008, Anna was contracted by Pick ‘n Pay, the South African supermarket and retail giant to supply its stores with 10 pigs per week. This was a first breakthrough and the request by the retailer grew quickly to 20 pigs per week.

But the really amazing bit happened in 2010 when Anna signed a breathtaking contract with Pick ‘n Pay to supply 100 pigs over the next five years under a 25 million Rand deal – that’s nearly 2.5 million US Dollars! She did not even have so much land or enough pigs! With a contract in hand, Anna received funding from ABSA Bank and USAID to buy a 350-hectare farm property.

Anna started with 4 pigs in 2004, today her farm employs about 20 staff rearing 4,000 pigs at a time. Her perseverance has made her a millionaire! 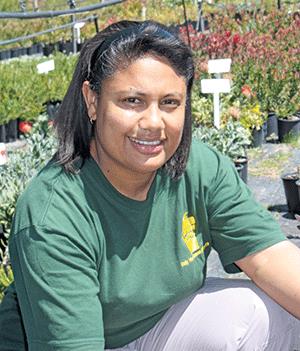 And now to one of my favorites, because it is really such a hands-on job anyone could start today, tomorrow or next week. It’s the story of De Fynne Nursery. I know what you’re thinking but this is not a children’s nursery. It’s actually a tree nursery! You have to be aware of this amazing story!

I don’t know exactly how much they invested, but it must have been peanuts, because tree seedlings to get you started in Africa usually cost a few pennies. And then you just need a backyard and some plastic containers. That’s it for a start.

Back to De Fynne Nursery: market demand grew fast and steadily which meant that they moved the nursery to a 0.5 hectare land in 2005, and in 2008 had to move again to a 1.5 hectare area outside Cape Town where they hosted 600,000 plants!

Today, the De Fynne nursery supplies its products to retailers such as Woolworths, Massmart and Spar in South Africa and it was reported that they since moved to a whopping 22-hectare commercial property. This is a simple start up idea on a shoe string budget anywhere in Africa where you have a booming housing & hotel sector and expanding city areas!

Anything is possible in Africa!

I hope the short stories in this article about starting an African business on a shoe string budget inspired you. So, look how far – and how fast! – these five Africans have risen with their pretty simple and straightforward start-up concepts. They are now leading business men and women and the truth is there are so many more out there just like them. And some have risen up from within communities that live in real poverty.

Now, frankly (and sometimes we need to hear the truth), there is nothing that should stop you from getting started with your own business. Even if you have to work another job on the side for the time being. Start believing ‘it’s possible’ and bring the excitement of a new and better future outlook for yourself and Africa into your life. I promise, it will charge you up!

Don’t forget; anything is possible in Africa. It’s a virgin market with high potentials. There’s an opportunity to create something amazing everywhere you go…