Iroko TV has been aptly been described as the ‘Netflix of Africa’.

Iroko’s co-founder, Jason Njoku, got to realize how popular African movies had become while living in faraway London. Despite the growing worldwide demand for these movies, he could hardly find them on the internet.

His decision to jump on a plane to Nigeria and negotiate distribution deals with local movie producers has earned him a place in history and a lot of dollars in the bag. Today, his IrokoTV platform has more than 5,000 movies online and attracts more than 10 million views every month.

Our estimates put IrokoTV’s monthly revenues at over $350,000.

How did this unassuming guy pull this off?

Africa’s movie industry is taking the world by storm… 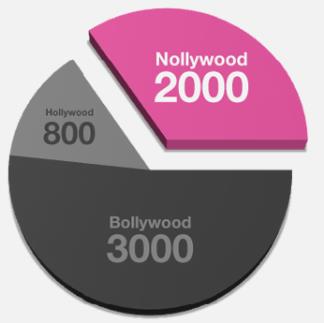 Compared to Hollywood (USA) and Bollywood (India), Nollywood is the second largest movie industry in the world, in terms of volume of movies released per year.

Before Jason and his Iroko TV platform, Africa’s movie industry, popularly known as Nollywood, was unstructured, had a poor distribution network and was overrun by content pirates.

Despite a global demand for these movies, they were only available on physical Compact Discs (CDs) which severely limited their reach and viewing quality.

For decades, we all thought only Africans had a thirst and appetite for Nollywood movies. How wrong we were!

In fact, the largest chunk of traffic to Iroko’s platform comes from the USA, UK, India, the Caribbean and ‘down under’ Australia!

“Nollywood is the world’s second largest movie industry in terms of output, making roughly 40 films per week, at an average cost of $40,000 per project. It is a global, cultural phenomenon, adored by millions in Nigeria, in Africa and across the Diaspora. It serves an audience thirsty for love, drama, intrigue, comedy, redemption, action and more.

The end product is unique: African stories, by African people, for Africans. And boy, do we have a lot of stories to tell…”

How Iroko TV got started…

In less than a year, the channel attracted more than one million views from over 200 countries around the world. With just a simple idea, a few hundred dollars, and a free internet platform, this young and near-broke Nigerian put original African content on the global map.

Since no one had seriously considered and taken on the internet as a reasonable channel for distribution, it was relatively easy and cheap for Jason to acquire online license rights from producers and marketers to distribute these popular movies.

He actually started with a couple of full-length movies which did very well and paid off handsomely. Knowing he was on to something really big, he bought more movie rights and gradually built an impressive catalogue of in-demand Nollywood movies.

With this strong backing, IrokoTV was launched as a standalone and independent African movie-streaming website and attracted more than half a million views in only three months!

In July 2012, the business got an additional investment of $2m under a Swedish hedge fund-backed arrangement.

Within two short years, Jason got the attention of the international press and has been featured on Forbes, CNN, CNBC, BET and Techcrunch.

In 2012, Jason Njoku was voted by Black Enterprise Magazine as one of London’s top black men of power and has gone ahead to launch several other platforms including iRoking.com, a platform focused on providing African music to the world via the internet.

His company now has offices in Lagos, Johannesburg, London and New York.

Most movies on Iroko TV are on offer for free (source: irokotv.com)

In May 2013, Jason Njoku and Sabastian Gotter, both co-founders of Iroko TV, founded SPARK, a one million dollar angel investment outfit based in Lagos (Nigeria) and dedicated to funding and helping young tech and internet startups.

The firm has already provided seed capital (between $30 – 75K) to fifteen startup companies. The companies in its portfolio include online fashion and drug stores, an online social-based borrowing service and a photo stock website.

How does Iroko TV make money and how much does it make?

If you’re familiar with our How to make money online article, you would recall that offering things for free is one of the most powerful ways to make a website or blog succeed. And this is exactly what Jason did with Iroko TV.

He started out offering his movies for free. All a viewer had to do was complete a quick registration and Voila, you could watch a full-length African movie. This strategy paid off.

As at May 2013, Iroko TV had more than 500,000 subscribers from nearly everywhere on planet earth. To us, it’s not the size of his subscriber base that’s interesting. It’s how he has successfully converted it into money that’s amazing.

Let’s take a look at how Iroko TV is making money out of traffic to its website, and a thing or two you can learn from it…

The Iroko TV website is visited up to 10 million times every month by more than 500,000 unique visitors from over 100 countries. Huge does not begin to define how huge this traffic is in website terms! 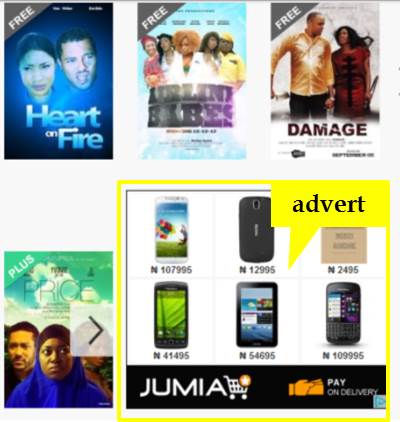 To make money out of this huge traffic, Iroko TV has a number of advert units placed strategically across the site. These ads are of two types: Private placement ads and Pay-per-click (PPC) ads.

The rates for Private placement ads are directly negotiated between Iroko TV and interested advertisers. When we checked the site (in May 2013), there were a couple of high profile advertisers under this ad type such as Sheraton Hotels, Phillips (the electronics giant), Star (a popular beer brand in Nigeria) and many others.

Given the wide geographical spread of its audience, it’s very likely that the website serves ads according to location. In this way, visitors will only be able to see adverts that are relevant to their geographical location.

Private placement ads can be a huge source of income for websites and blogs because they get to set their own rates. As a result, we are unable to estimate the amount of money Iroko TV may be making from this type of ads. However, we know they have some juicy deals with several top advertisers.

Unlike private placement ads that pay a daily, monthly or weekly advert rate, Pay-per-click (PPC) adverts only make money when people click on them. With up to 10 million monthly page views on its website, we reasonably estimate that Iroko TV makes a killing from PPC ads.

With an estimated Click-through rate (CTR) of 5 percent, it is more than likely that PPC ads served on the website are clicked up to 500,000 times every month. For those of us who do not know, CTR is the estimated percentage of website views that lead to ad clicks.

In three short years, Iroko TV has signed up roughly 500,000 subscribers from more than 200 countries. Although more than 80 percent of the movies on the website are free of charge, hot new movie releases can only be viewed only by these subscribers who are signed up to Iroko TV Plus, a paid service. 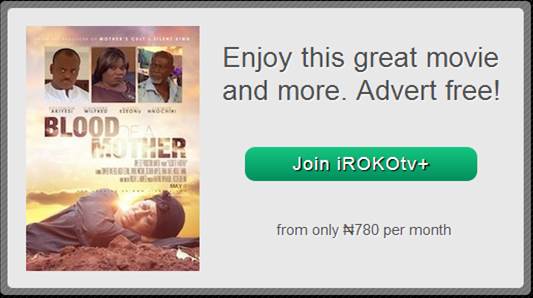 For an unbelievable flat fee of $5, subscribers have access to any movie of their choice for a whole month! Crazy! It’s no wonder why 500,000 subscribers (and counting) jumped on the offer. It’s great value for money and you can watch all the movies you want, when you want.

To sum this up, at the current size of the subscriber base, Iroko TV should be making an average of $2 million every month from subscriptions alone.

This figure is as staggering as it is unbelievable, but that’s what the facts say! However, we do not believe that all these subscripitons are renewed every month. Even at a 10 percent renewal rate, Iroko TV still smiles to the bank with $200,000 every month!

Putting it all together…

Adding up takings from adverts and paid subscriptions, we conservatively estimate monthly revenues of $350,000 minimum for IrokoTV.

Iroko TV’s success story is another mind-blowing experience that shows the power of starting small and having a big vision. He saw a problem in the African movie distribution space and made a committed move to fix it.

He remains fond of the small and humble beginnings of this internet business and attributes his success to firm determination, perseverance and hardwork. He often describes himself as the hardest worker you will ever meet.

Do you have a similar small idea that can change your country, Africa or the world? No matter how big and hairy it looks, it’s not impossible. What are you doing about it?

Remember, you can find more interesting success stories and business opportunities like this one in the Business ideas section of Smallstarter.