In the 1980s, he was a successful trader on Wall Street, specializing in futures and equities trading. He was living the good life, until he found himself spiraling into a destructive alcohol addiction that ended his stellar career and left him broke.

After six years of sobriety, he was ready to start again.

He left the United States in 1991 on a holiday to connect with his family’s roots in Central and Eastern Europe. The era of the Soviet Union had just ended, and there was an atmosphere of unpredictability in the region.

All he had in his back pocket was $400. His entire life’s savings.

By the end of the summer, he had made $100,000 in cash helping people in corporate finance, writing business plans and setting up businesses. He couldn’t believe his luck. It would have been almost impossible to make that kind of money in so short a time back in the US. So, he decided to stay one more year.

Over the next two decades, he helped build a bank, a large real estate company of 350 brokers in 6 different countries, a mortgage company, a group of hotels, and became one of the largest shopping centre developers in the whole of Central and Eastern Europe.

At age 47, and just before the 2008 financial market crisis, he cashed out and retired. He sold his entire business portfolio worth over $200 million.

Since then, he’s earned a reputation as a business guru. He has gone on to play high goal polo around the world, and his exploits in business and sport have been featured in The Wall Street Journal, The Washington Post, Bloomberg, and RealBusiness, among several others.

Despite all his sterling achievements, he is keen on taking on a fresh and exciting challenge. This time, in Africa!

His name is Paul Oberschneider.

About a month ago, Paul and I connected on LinkedIn and a few days later, had a London-Lagos conversation over Skype. He’s a remarkable fellow, and we’ve exchanged several interesting ideas since we first met. 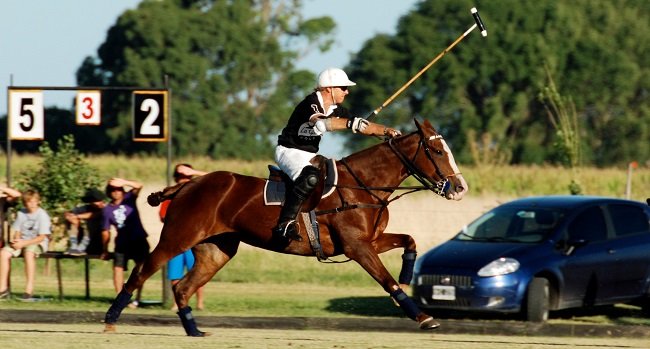 Paul is very interested in Africa because it reminds him of the exciting opportunities in Central and Eastern Europe that allowed him to start from nothing and build a great portfolio of companies. He calls places like Africa ‘blue sky markets’ — markets where there is relatively little competition and the tide can carry you to riches.

That’s one of the biggest messages in his new book, “Why Sell Tacos in Africa?”

When Paul sent me the final draft of the book, I was at a petrol station waiting my turn. After the first few pages, I couldn’t wait to get back home to finish it. I don’t consider myself a speed reader, but I just couldn’t help myself.

The book is rich in ‘value bombs’ and is written in a down-to-earth style. I especially like the distinctions he made between being a leader/entrepreneur and a manager; and the flip-side of ‘equal partnerships’ and doing business with close friends and family.

In the rest of this article, Paul shares his insights about entrepreneurship and the inspiration for his new book, Why Sell Tacos in Africa?

In light of your very successful exploits in Eastern Europe, when you look at Africa right now, what do you see?

Central and Eastern Europe is very different to Africa in a fundamental way; those post-soviet countries were historically “European” and had always considered themselves so. They were at their heart Germanic countries.

Africa is a different kettle of fish entirely. That said, there are also a lot of similar circumstances and perceptions. Lack of transparency, danger, and club group politics just to name a few. Some real and some blown-out-of-proportion perceptions. But it’s the size of the market, and the magnitude of the possibilities that make the African continent so attractive.

What inspired you to write the book: “Why Sell Tacos in Africa?”

The title is a metaphor of course for finding uncontested markets. If I had tried to do in New York what I did in Eastern Europe, I’d have made no money at all. But it was because of all the circumstances and perceptions (real and not real), and the lack of commercial know-how that made opportunities stand out.

But mind you, these opportunities don’t wait around. The people learn quickly and markets move fast. But you need to be there. So the book was really a way for me to tell how I did what I did, and how I think I could do it again.

More Africans, especially the youth, are embracing entrepreneurship as a path to self-reliance and economic development. From your experience, what are the most important things they must do to increase their chances of success in business?

Just get out there and try. When my friends were starting banks in 1992 in Central and Eastern Europe, no one really knew what they were doing. But they did it. If you have to wait until you know everything and everything is perfect, it will be too late. You need to rise with the tide in the morning, and not just sit there on the beach! One step at a time, and eventually people will show up that will help you. Africa is full of success stories and there will be millions more. In my opinion, entrepreneurs in Africa will be the driving force for the continent’s growth.

In the book, you make a strong point about avoiding close friends and family when it comes to raising startup capital. What other options would you suggest given the levels of venture capital and private equity participation in Africa are quite low at the moment?

Good question. I guess that’s if you have a choice. If you have no choice then you get capital in whatever way you can. Thing is do not give too much equity away, or at least make sure you can claw it back on performance.

You credit the success of your business fortunes to the quality of your team. What are the top qualities you look out for when you’re putting together a team?

At the start — people I can have fun with. People that I can relate to and someone I’d like to have dinner with many times a week. Because at the end of the day, most people can learn anything. But if you need to be with people 24/7 working on your business, they need to be people you want to spend a lot of time with.

Later on there will come a time when you need knowledge fast and will need to hire professionally-qualified people for things. But the same fundamental principle applies: I need to be able to have fun with these people. 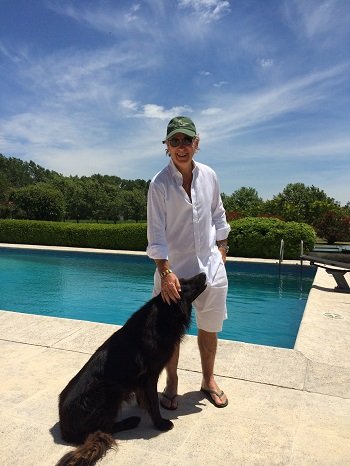 As you set out to explore the opportunities on this amazing continent, what should we expect from Paul Oberschneider?

I’m not really sure. The thing is to just show up and let stuff happen. That’s what I’d like to do. I think it’s always best to have an open mind. Of course, there are certain things that will happen at certain stages of Africa’s development, and I’ve seen the transitions before so I will be looking for similarities I can identify.

How can people follow your journey, get updates and stay inspired by your work?

A couple ways really. First through my blog — www.pauloberschneider.com — and watching that space regularly. Also connecting with me on LinkedIn and FaceBook is another way.

But equally, I want to start video documenting things. So my plan is to have a regular stream of video content. That’s a bit of a way off for now, but that’s my goal. Because if I can tell my story and make it compelling, then others will do the same. Life is about stories really. We need to create them and then tell them to others.

Don’t forget, to get free chapters of his new book, “Why Sell Tacos in Africa?”. To get yours, head over to his website at http://pauloberschneider.com/