The Business of Coffee in Africa: How These 5 Smart Entrepreneurs Are Making Money from Specialty African Coffee

The Business of Coffee in Africa: How These 5 Smart Entrepreneurs Are Making Money from Specialty African Coffee

Over 2 billion cups of coffee are consumed around the world every day. It’s no surprise that coffee is aptly described as ‘the favourite drink of the civilized world.’

Every year, roughly 140 million bags of coffee beans – worth over $16 billion – are traded globally. This makes coffee one of the most valuable legally-traded commodities in the world, after crude oil.

But man’s love affair with coffee started in Africa, and there’s an interesting legend at the heart of it.

According to legend, a goat herder named Kaldi stumbled upon his flock as they sampled berries from nearby bushes in the Ethiopian highlands. Ordinarily sluggish, he noticed his goats had an unusual amount of energy. He suspected the berries, tasted the seeds himself, and had the same reaction. It didn’t take long before coffee’s reputation, and its stimulating effect, spread across the world.

Even today, African coffee is still prized by connoisseurs around the world for its unique quality and flavor.

To give you a sense of the richness of African coffee, Ethiopia – Africa’s largest coffee producer – has 5,000 different strains of Arabica, the world’s most sought-after coffee variety. By contract, countries such as Brazil and Colombia only have about 20 strains.

Sadly, despite coffee’s origin on the continent, and Africa’s strong potential for coffee production, Africa’s contribution to global coffee supply has fallen from over 30 percent in the 1970s to just around 10 percent today.

Despite the current dominance of South America and South East Asia in the coffee production and supply business, there appears to be a huge, exciting and lucrative window of opportunity opening up for Africa in the coffee business.

Now is a golden opportunity for coffee in Africa!

In spite of Africa’s current poor ranking in global coffee production, there are three interesting reasons why now presents a golden opportunity for Africa in the coffee business. Here they are: 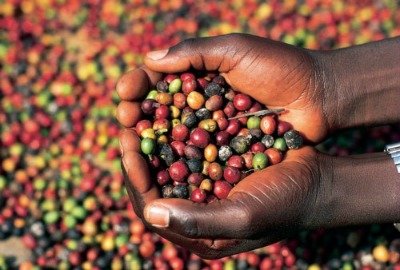 While this projected growth is good news for coffee producers, the world’s current coffee production has already reached its limits.

There was a global shortage of 6.4 million bags of coffee in 2014. In the 2015/16 season, the production deficit stands at about 3.5 million bags. Even Brazil, the world’s largest coffee producer isn’t planting any more coffee plantations.

And this is why now is a great time for African coffee producers. Our continent has a strong potential to close the coffee supply gap in the international market.

At the moment, Africa’s leading coffee producers are Ethiopia, Cote D’Ivoire, Kenya, Tanzania, Uganda, Rwanda, Madagascar and a handful of others. Ethiopia and Uganda alone are responsible for nearly 60 percent of Africa’s output.

As most parts of sub-Saharan Africa are biophysically suitable for coffee production, Africa currently has a huge and unused capacity to increase coffee supply to the international market.

Africa has some of the lowest levels of coffee consumption in the world. And maybe there’s a reason for that.

Historically in Africa, coffee has been a cash crop grown for export, and even leading coffee producers like Kenya and Uganda have a strong tea drinking culture.

Given Africa’s large, youthful population, and the continent’s strong emerging middle class, there’s a lot of room for growth when it comes to coffee consumption, especially in big markets like Nigeria, South Africa, Angola and several others.

In fact, in July last year, Starbucks – the world’s largest and most popular coffee retail giant – announced a deal with a local franchise to run Starbucks cafés across South Africa for the next 25 years.

There’s also a growing presence of local coffee shop chains across the continent as you will see later in this article.

3) A growing demand for specialty coffee

This is where it gets interesting. Specialty coffee is the real goldmine for Africa.

Specialty coffee refers to coffee beans that have special characteristics and a unique flavor and taste due to the microclimates and soils they’re grown in.

Around the world, the demand for specialty coffee is overtaking ‘normal’ types of coffee. It’s no surprise that top retailers in North America and Europe are stocking up on specialty coffee, which now accounts for one of every two cups of coffee consumed in America, and makes up 40 percent of coffee supply in Europe.

There’s an interesting revolution going on in the coffee business across Africa.

While Africa has been exporting coffee for decades, most of it has been raw coffee beans. And that’s why Africa only earns a small percentage of global coffee earnings. Historically, it’s been the processors and big retailers in the West who take the largest slices of coffee profits.

But all of that is changing. And that’s because a few smart entrepreneurs across Africa are building some interesting businesses and brands that are making the continent proud.

Andrew Rugasira is the entrepreneur and brain behind Good African Coffee, a social business in Uganda that has disrupted and transformed the coffee value chain in that country.

Historically, coffee farmers in Africa export raw and semi-processed coffee beans, which means they get the smallest slice of the lucrative coffee business. As a result, many coffee farmers on the continent still live in poverty.

But Andrew’s Good African Coffee is changing all that. His business buys raw coffee beans from local farmers at a fair price, and roasts, packages and sells the final branded coffee product on the international market.

By adding value to raw coffee and transforming it into a final consumer product, the business creates extra earnings for local farmers and Uganda’s exports.

Today, Good African Coffee is one of a handful of 100 percent Made-in-Africa coffee brands that are currently sold by retailers across the UK and through online channels in the USA.

Kevin Ashley opened the first Java House outlet in Nairobi in 1999. Today, Java House has grown into East Africa’s most successful coffee retail businesses with over 35 outlets across Kenya and Uganda.

Over the next five years, it plans to open more outlets in Kigali, Dar es Salaam, Lagos, Accra and Lusaka.

Java House enjoys the patronage of a large and loyal customer base. In 2014, the business realized revenues of more than $29 million and realized nearly $40 million in sales last year (2015).

The business continues to reinvest its revenues to expand its presence across East Africa. In 2012, Kevin Ashley sold 90 percent of his interests in the business to Emerging Capital Partners (ECP) for an undisclosed sum. 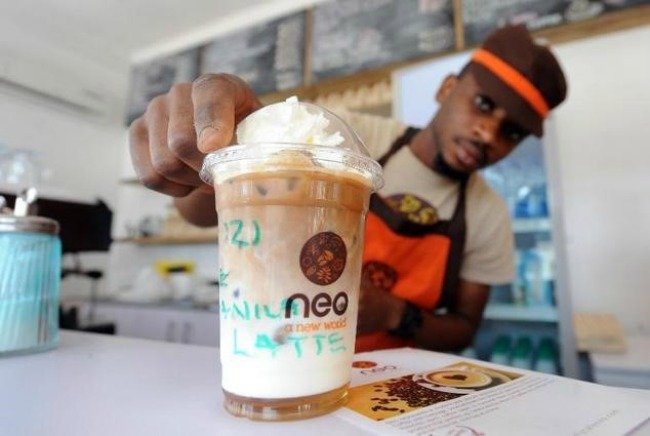 Founded in Lagos by two brothers – Ngozi and Chijoke – Café Neo is a chain of cafés targeted at Nigerians who want a great coffee experience. Many of its customers are expatriates, middle-class consumers and Nigerians who have developed a taste for coffee while living or studying abroad.

In a country that drinks relatively little coffee, Café Neo represents a modern and vibrant approach to celebrating Africa’s coffee heritage. It only serves specialty Arabica coffee sourced from the shores of Lake Kivu in the Hills of Rwanda. Selling 100 percent African coffee to Africans is Café Neo’s unique selling point.

Ngozi and Chijoke, the entrepreneurs behind this business, plan to open up to 30 branches in Lagos, and expand across Africa over the next four years. 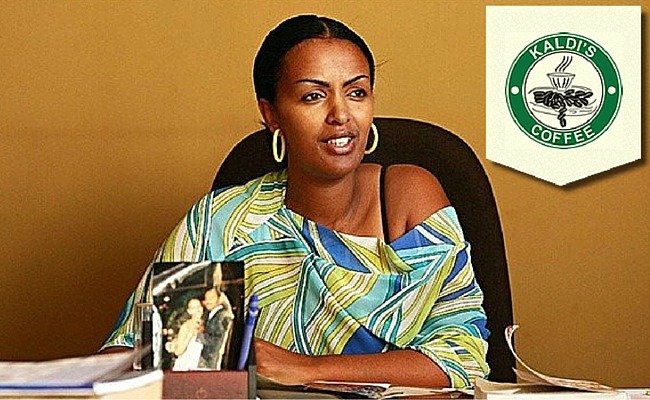 Kaldi’s Coffee is one of the best-known Ethiopian brands, and is described as Ethiopia’s version of the US coffee giant, Starbucks. Founded in 2005 by Tsedey Asrat, a serial entrepreneur and former model, Kaldi’s now has over 30 coffee shops throughout Addis Ababa.

Kaldi’s green and white logo was inspired by Starbucks after Tsedey accompanied her husband, an Ethiopian Airlines pilot, on trips to the United States.

In 2017, Kaldi’s Coffee plans to cross the Red Sea and enter the Middle East market, where it will serve coffee lovers in Dubai.

Kaldi’s has significantly expanded its business operations since it first started. In response to supply shortages, it started a coffee roasting company in 2011 to shore up supplies to its cafés. Kaldi’s also started a dairy processing plant in 2012 for the same reason.

In 2015, Kaldi’s chain of coffee houses brought in sales of nearly $6 million. 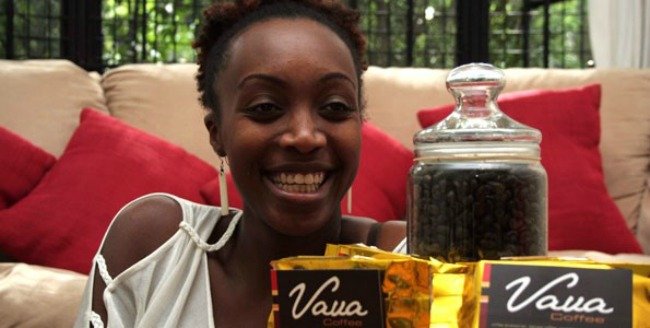 Over the last six years, Vava Agwenyi has grown Vava Coffee into a social and ethically-conscious brand. The business sources its beans exclusively from a network of over 30,000 local smallholder farmers in Kenya, and supports them with training and machinery.

In a recent interview, Vava explains that her brand isn’t focused on day-to-day coffee drinkers. “We target consumers who are curious about coffee, about the production process

[and] the story behind the product,”
she explained.

Currently, Vava Coffee is focused on exporting its ‘Made in Kenya’ coffee products. The business has established several partnerships in the West, especially in the USA, Poland, Norway and South Africa.

Yes, African coffee is back in business!

African coffee is making a strong comeback on the market. And this time, the continent’s coffee business is in better shape.

Unlike in the 1970s when our continent’s peak production was largely characterized by export of raw coffee beans to the global market, this time Africa’s smart entrepreneurs are carving lucrative niches in the market by focusing on value addition and specialty coffee brands.

More interesting is the unleashing of a strong domestic consumer market for African coffee. With a pervading café culture in urban areas, and a strong emerging middle class, the future for coffee in Africa couldn’t be brighter.

Add to all of this the increasing coffee supply shortages on the international market, and the rising demand for African specialty coffee in Europe, Asia and North America, and you can’t help but notice the interesting opportunities that are opening up for Africa in the global coffee industry.

Like the amazing coffee entrepreneurs in this article, we have to seize these opportunities.