Why Africa is Poor: These Are The Top 3 Grains That Empty Africa’s Pockets Every Year

Why Africa is Poor: These Are The Top 3 Grains That Empty Africa’s Pockets Every Year

Have you really ever wondered why Africa is poor?

I mean, does it really make any sense that a continent as abundantly endowed as ours cannot feed itself?

With roughly 50 percent of the world’s uncultivated land, abundantly fertile soils, favourable climate and all-year-round sunshine, Africa still imports more than half of the food it eats from continents with a fraction of its agricultural potential.

Of all the food that Africa imports, grains are at the top of the list; especially wheat, rice, and corn. These are the top 3 most consumed grains on the continent, and the focus of this article.

Every year, our continent spends no less than $10 billion to import these grains from North & South America, Europe and Asia.

In fact, almost every other ship that docks at an African sea port is laden with one of these grains.

Nevertheless, it’s quite understandable why grains are very popular and heavily consumed across Africa.

Unlike most other foods, grains have a better shelf life and can be stored for longer periods. This makes them one of a few food products that can be consumed in and out of season in Africa.

Grains are also energy-dense foods, rich in carbohydrates. Currently, they provide up to 30 percent of the calories in the average African diet.

However, due to the massive volumes that are traded every year, grains are a popular attraction for traders and speculators on commodity and futures markets around the world. As a result, the prices of grains on the international market are always prone to volatility.

And no matter how high the prices of these grains rise, Africa always buys.

That’s how we lose billions of foreign exchange every year to grain trading houses and wealthy farmers on the other side of the world.

The truth is, Africa may never be truly rich, free and independent, until it can produce enough food to meet its own needs.

As long as we continue to depend on other nations for food we can grow in our backyard, Africa will remain poor, and at the mercy of skyrocketing grain prices, speculators and strong cabals that manipulate and control the international grain market for their own gain.

Over the next 30 years, Africa will have the fastest growing population in the world. By 2050, the continent’s population is estimated to exceed 2.4 billion, that’s double its current size.

The sad reality is, if we go on consuming imported grains at the current volumes, Africa could be in the middle of a severe food crisis in less than a decade.

Let’s Meet The Grains That Empty Africa’s Pockets Every Year!

Like I mentioned earlier, grains are at the top of Africa’s food import bill.

So, in this section of the article, we’ll be taking a close look at each of these top 3 most consumed grains, who sells them to us, and the options and alternatives we have to produce them locally in Africa… 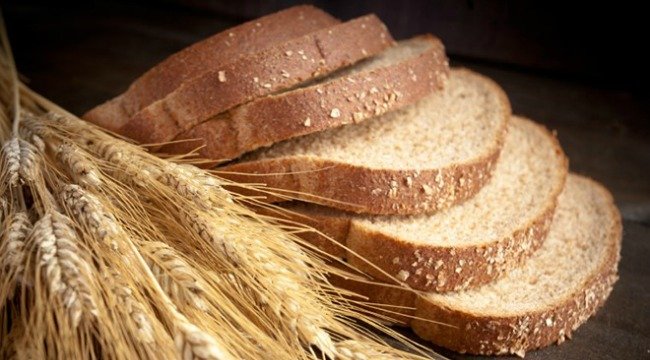 Wheat shows up every day in the African diet. Thousands of tons of wheat flour are used daily by bakeries and food processors across the continent to make bread, noodles, biscuits and several other pastries.

But did you know that Africa spends no less than $6 billion on wheat imports every year?

Yes, up to 85 percent of wheat consumed in Africa is imported.

The leading importers are Nigeria, South Africa and Angola. In fact, Nigeria is the world’s third largest buyer of wheat from the USA, and wheat makes up roughly 90 percent of U.S agricultural exports to Nigeria.

There is no easy way to put it; these amounts are absolutely staggering.

With over 400 million people who eat bread and other wheat products almost every day, it becomes clearer why Africa loses huge amounts of foreign exchange to the big global grain traders and wheat producers in the USA and Europe.

The USA, Russia and Canada are some of the world’s top producers of wheat. While Russia is a major supplier of wheat to North Africa (especially Egypt and Libya), the USA remains the biggest exporter of wheat to sub-Saharan Africa.

But do you know what I find really strange in all this?

There are about 14 countries in Africa that produce wheat!

Ethiopia, South Africa and Kenya are some of the top producers. In fact, many parts of sub-Saharan Africa, especially in Eastern and Central Africa, are biophysically suitable for wheat production.

So, how come we spend billions of dollars every year to import a commodity we can, and already, grow in our backyard?

Why should Africa’s big wheat importers like Nigeria continue to buy wheat from outside the continent when it can buy from its wheat-producing neighbors in East and Central Africa?

Over the next 30 years, as Africa’s population doubles, the demand for wheat will skyrocket in line with the growing demand for bread and other heavily-consumed wheat products.

This means that, unless Africa takes urgent steps to become self-sufficient in wheat production, we may have to literally give up our daily bread or remain slaves to the continuous rise in wheat prices on the international market.

So, the next time you eat bread, just remember that it’s really not made in Africa. 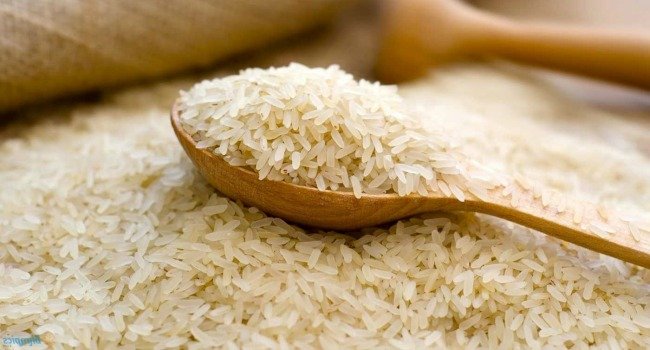 Everybody loves rice. It’s therefore no surprise that rice is the second most popular grain on Africa’s food import bill.

Africa is both a major consumer and importer of rice, and the continent now imports nearly half of the rice it eats.

In fact, Nigeria is now the world’s second largest importer of rice, after China. It imported about 3 million metric tons of rice in 2015, at a cost of over $850 million.

And as Africa’s population explodes over the next three decades, so will the population of rice eaters on the continent.

But who are the biggest winners in the rice business?

Who’s really selling all this rice to Africa?

All the imported rice we eat in Africa is grown in Asia. Thailand is the world’s largest rice exporter, followed by Vietnam, Pakistan and India.

But did you know that rice isn’t alien to Africa?

Africa has been growing rice for more than 3,500 years!

The largest growers of rice in sub-Saharan Africa are Madagascar, Nigeria, Guinea, Cote D’Ivoire and Mali. However, due to the enormous size of rice demand, most of Africa’s rice producers aren’t meeting the needs of their local markets.

In fact, one of the biggest challenges in major rice eating African countries like Nigeria is the overwhelming preference for foreign rice. Many consumers see the local unpolished paddy rice as inferior to the milled and polished imported variety.

To successfully substitute imported rice in Africa, local rice producers will need to improve on grain quality, cleanliness and packaging of local rice.

And there appears to be some good news on the horizon for rice production in Africa.

With the entry of savvy entrepreneurs like Africa’s richest man (Aliko Dangote) into the rice production business, this sector could finally undergo the transformation it requires. 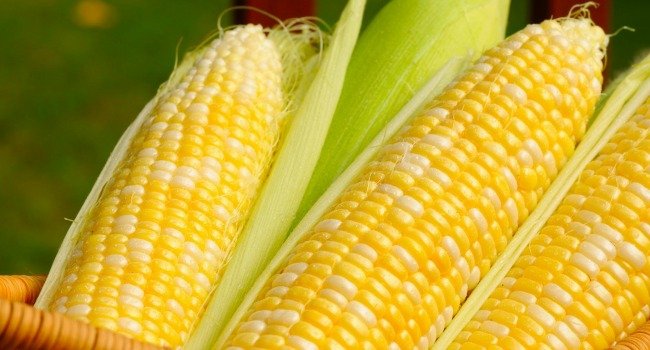 Corn is the only heavily consumed grain that Africa produces in nearly enough quantities to feed itself. More maize is produced across Africa every year, than any other grain.

Although Africa produces roughly 50 million tons of corn every year, it still imports nearly 30 percent of the corn it consumes.

Because most maize production in Africa is rain fed, irregular rainfall can trigger famines during occasional droughts. And Africa may not survive any severe shortages in maize supply.

This year (2016) for example, South Africa — the continent’s leading corn producer — could be spending over $1.2 billion on corn imports due to an El Nino weather phenomenon that has severely affected corn production.

Maize (corn) is a staple food for over 500 million Africans. It accounts for 30−50 percent of low-income household expenditures in Eastern and Southern Africa.

Over 95 percent of corn in Africa is still used as food, compared to other world regions that use most of its corn as animal feed and feedstock for ethanol production.

The East and Southern Africa region consume the highest amounts of maize per capita, and Lesotho has the largest consumption per capita with 174 kg per year.

While it is true that Africa has made significant progress in maize production, there is still a great deal of work to be done.

As corn is a very important grain for Africa, the continent’s biggest producers need to start thinking about setting up strategic corn reserves to reduce the impacts of severe shortages, like the one South Africa is currently experiencing.

Across the world, the demand for food (especially grains) is growing faster than supply, and this has had an adverse effect on prices – which continue to rise every year.

Part of the reason for this is the growing influence of biofuel policies in industrialised countries. This has caused huge volumes of grains to be diverted to the production of ethanol and biodiesel.

Another reason for the rising grain prices is its growing demand for livestock products, particularly in Asia, which has increased the use of grains as a major ingredient for animal feed.

These competing demands for grains – as food, fuel and feed – paint a bleak picture for Africa’s food security especially if we continue to depend on grain imports like we currently do.

As if all of these developments aren’t bad enough, Africa still depends on huge volumes of imported fertilizers to grow food crops.

Our continent needs more entrepreneurs to take on agribusiness and disrupt the continent’s ineffective grain supply chains, from grain production to processing and marketing.

Africa has a large, hungry and fast-growing domestic market for the grains we’ve explored in this article. We have the land, labour and natural resources to make our continent not just self-sufficient in grain production, but a net exporter of grains to the international market.

If we can pull this off, I expect that a significant portion of Africa’s next generation millionaires will come from agribusiness.